Most everyone likes a good drink. Beer, wine, scotch on the rocks... whatever your pleasure. And of course we need water to sustain us. And everyone, it seems, has a favorite glass from which to drink! 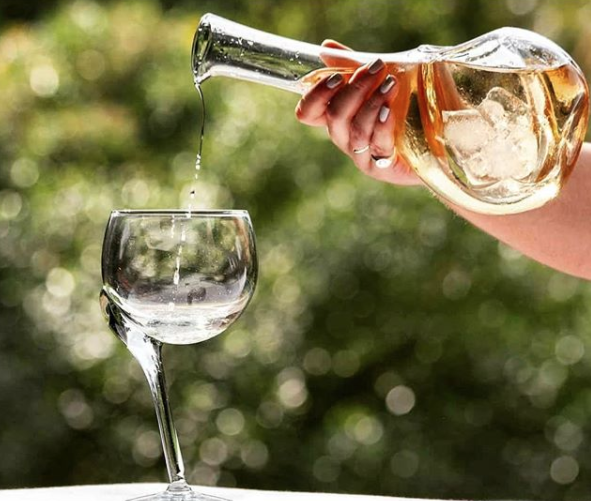 Many around the world already reach for the 100% recycled handmade glass goblets, tumblers, stemware and carafes produced in a factory surrounded by mountains that for eons yielded materials for human creation.

Ngwenya means “crocodile” in Swazi: The shape of the mountains evoked the creature’s jagged silhouette, and the spirit of the animal lives on in the name of the mountain, the town, and the factory. (Its spirit inspired the fierce logo of Ngwenya Glass as well!)

In 1979, Swedish Aid built the factory and trained Swazis in the art of glassblowing. Two of the most talented traveled to Sweden to be trained at Kosta Boda by some of the most accomplished glassblowers in the world. From 1981 to its closure in 1985, the factory was run entirely by Swazis. During that time, Swazi Glass Craft produced glass elephants that captured the imaginations of the Prettejohns, a family living in the Eastern Cape in South Africa.On a trip to Northern Natal, the Prettejohns decided to venture into Eswatini (then still known as Swaziland) to investigate the disappointing disappearance of the glass elephants they’d collected. 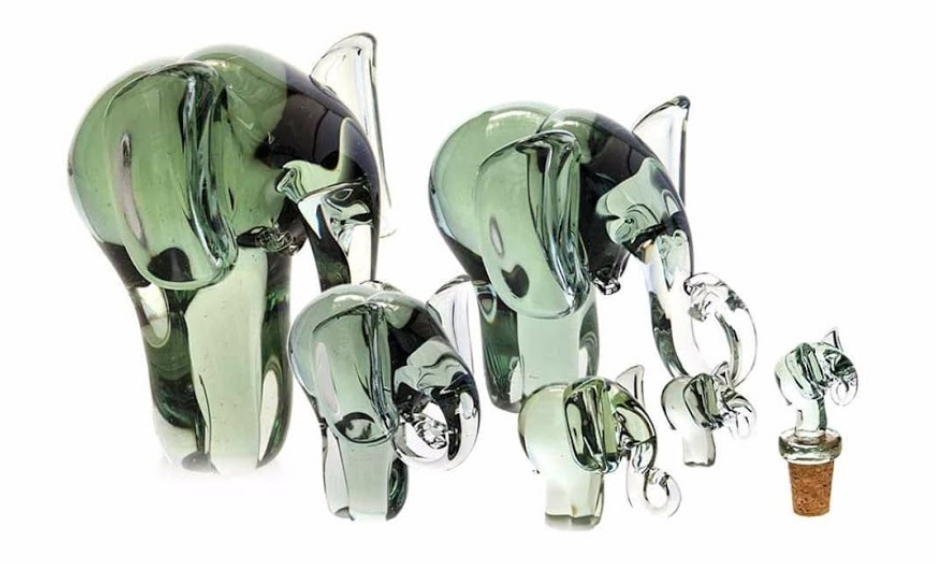 Those elephants must have really been something, because, despite not knowing anything about glassblowing, the Prettejohn family -- Richard, a farmer; Alix, a former librarian; and their son Chas, a marine engineer -- decided to reopen the factory!

That was in June of 1987. Ngwenya Glass now employs 70 workers, including two of the original blowers and four other original staff members. Mr. Sibusiso Mhlanga, who trained in Sweden in the 70s, tutors new apprentices and has returned to Sweden over the past few years to once again work with some of the leading glassblowers in the world. Sibusiso has also assisted world-renowned master glassblower, Jan-Erik Ritzman, in the USA.

Since its rebirth, Ngwenya Glass’s business model has been an environmentalist’s dream. They pay by the kilo for the “raw materials” that would otherwise litter the landscape, and they exchange building materials and soccer sponsorships for the glass that school children gather. The company boasts that “Ngwenya must be the cleanest area because any bottle that catches the children’s attention finds its way into the factory!” The discarded glass bottles and jars are skillfully transformed by mouth and hand into the beautiful utilitarian and decorative objects Ngwenya Glass produces.

It’s an arrangement that teaches children not only how environmental stewardship can propel a successful business model, but to appreciate the importance of forging tight bonds within a community. To appreciate creativity.

Just as Ngwenya Glass was willed back into existence, the team is determined to aid in the survival of the wildlife species that inspire their craft: In 1989, Ngwenya Glass launched the Ngwenya Rhino and Elephant Fund. A percentage of profits from their worldwide sales go directly to Mkhaya Game Reserve, which is a refuge for endangered species in the Swaziland/Eswatini lowveld. This conservation fund is the country’s most successful, and has received generous support from the British Government, the European Union, World Wildlife Fund of South Africa and The Netherlands, and many other institutions and individuals, including Dutch royalty.

It’s uplifting to know that in this era of connectivity, one can support the protection of threatened wildlife through thoughtful, targeted purchases. Chas and his wife Cathy’s commitment to the preservation and perpetuation of these species have made it possible for consumers and collectors to do good without cutting princely checks. The glass you hold in your hands, the paperweight that helps contain chaos at your desk, the stopper that elevates any bottle of wine...these objects lend delight to the everyday rituals we perform at home, but they also represent the creativity of people committed to making our world a better place. The glass animal on the bookshelf is more than just a charming ornament; it’s an embodiment of faith.

When you click on “Add to Cart,” it’s like tossing a pebble into a pool of water: the ripples emanate. Your choice nurtures an artist’s family, puts a grin on a kid playing on a far-away soccer field, offers a measure of protection for the remarkable creatures at Mkhaya Game Reserve. Purchases made today will positively impact many tomorrows. We can all drink to that!