Ancient oral tradition holds that the people of Malawi descended from the sun. When they landed on earth, they continued to harness the powerful sun energy that to this day animates their kind spirits and radiates from their smiles. No wonder Malawi is known as “the warm heart of Africa.“

Malawi is a small, relatively unknown, landlocked nation in southeastern Africa, whose natural resources are neither abundant nor easily accessible. It is one of the earth’s poorest places. Industrialization and mass production were of little benefit to the country’s people, but they were determined not to succumb to isolation and despair. Instead, they persevered. 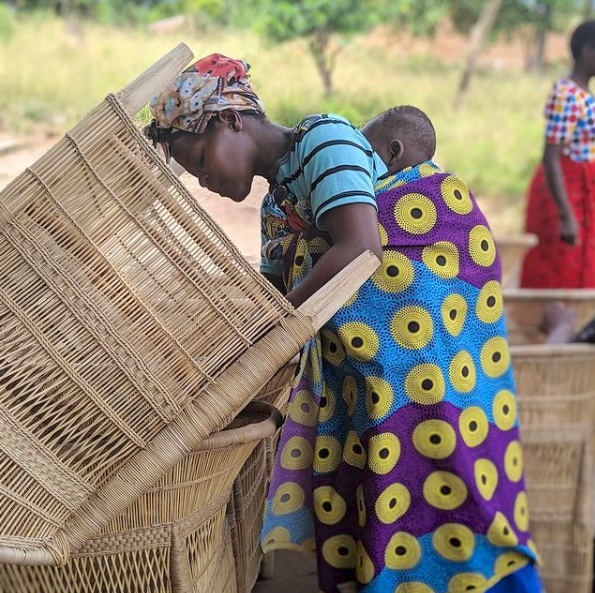 When the author Alex Haley was about to give up on his dream of “being” a writer, he spied a bumper sticker with the words “Find the Good and Praise It.” Haley adopted the saying as his mantra, and it certainly inspired him. He went on to write Roots, the groundbreaking novel that chronicled his ancestors’ journey from West Africa to the enslaved-holding American South, among many other successful books and articles. That concept -- of discerning and utilizing what one has -- sums up what these Malawian artists do. They see the good in the vines and blue gum trees that surround them, and with their hearts and hands and minds they give high praise to what they find. They manifest delicate furniture with exacting, exquisite precision. 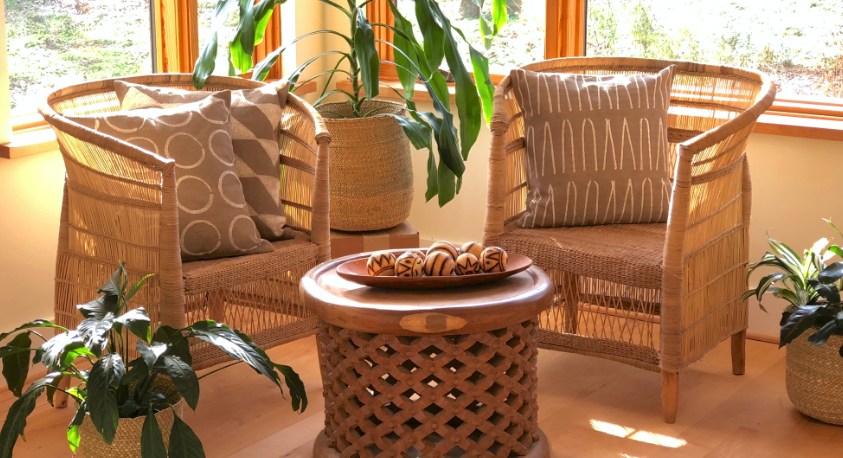 That delicacy can be misleading: Because cane doesn’t crack like wood in hot, humid climes, the furniture is extremely durable. The iconic Malawi chairs have a history going back centuries, but the longevity of the materials lessened demand, and led to oversaturation of the local market, and sadly, subsistence wages. Too often this conundrum is “solved” with built-in obsolescence, but that was never an option for the proud weavers living in and near the village of TA Kapeni. 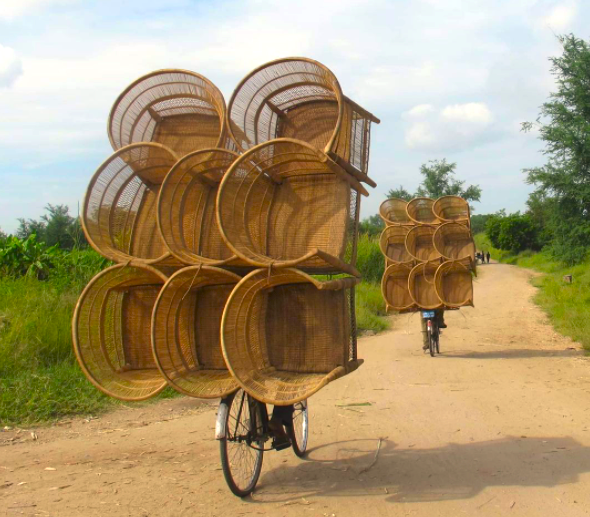 A serendipitous roadside spotting of these quality furnishings by the social enterprise People of the Sun led them to the artisans, who in 1979 had been organized into the Tiyanjane Club by Mr. Amos Ligawo. A partnership was formed, allowing these artists to focus on the local and indigenous aspects of their enterprise while People of the Sun mentored them and found markets for their furniture far beyond the shores of Lake Malawi. People of the Sun refers to these expanded markets, design collaborations, and opportunities as “Circular Value Chain.” Regardless of the label, Mbare is grateful for the mutual inspiration that enriches everyone!

The furnishings produced by the Tiyanjane Club are as much at home in Scandinavian-inspired interiors as they are in homes with a more rustic, bohemian vibe. There’s satisfaction in knowing that your purchases are providing sustenance to families and their communities in a place where people make do with very little, and that the materials they use are sustainable and renewable. Your purchases are helping craftsmanship, creativity and culture not only survive but thrive!

The Tiyanjane Club now sports more than 60 members. Mr. Liwago is still active, and he continues to inspire the entire village. Their creations exude such light and warmth, it’s not hard to believe the People of the Sun possess an otherworldly energy. Maybe that lore about extraterrestrial origins might just hold a grain of truth!